Natural gas, like most other commodities, can be stored for an indefinite period of time. The exploration, production, and transportation of natural gas takes time, and the natural gas that reaches its destination is not always needed right away. 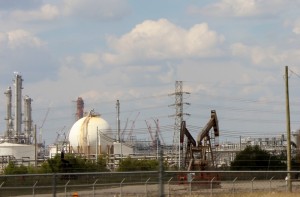 Natural gas storage plays a vital role in maintaining the reliability of supply needed to meet the demands of consumers due to the recent trend towards natural gas fired electric generation now increasing because to the demand for electricity increasing every year.

When LNG is received at most terminals, it is transferred to insulated storage tanks that are built to specifically hold LNG. These tanks can be found above or below ground and keep the liquid at a low temperature to minimize the amount of evaporation. If LNG vapors are not released, the pressure and temperature within the tank will continue to rise. LNG is characterized as a cryogen, a liquefied gas kept in its liquid state at very low temperatures. The temperature within the tank will remain constant if the pressure is kept constant by allowing the boil off gas to escape from the tank. This is known as auto-refrigeration. The boil-off gas is collected and used as a fuel source in the facility or on the tanker transporting it. When natural gas is needed, the LNG is warmed to a point where it converts back to its gaseous state. This is accomplished using a regasification process involving heat exchangers 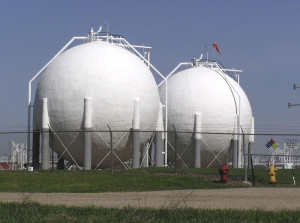